Behind its urban bike airs; the iSwan Adventure Boost hides the soul of an adventurer and is part of the world of hiking; also called “trekking”. A bike that therefore wants to be off-road first and foremost; as demonstrated in particular by its Schwalbe Marathon Plus MTB-type MTB tires and its semi-open frame that is rigid enough to tackle both bumpy roads and paths.

Well equipped for the city; although we have to do without an integrated gear hub; with its large saddle on a suspended post. Enough to outshine many other models and earn the status of a versatile bike; especially since its Shimano Steps E6100 motor is precisely engineered to offer the most versatility possible.

Following in the spirit of the manufacturer’s other iSwan models; the Adventure Boost 6.1 is inspired by open “gooseneck” frames. Without monotube; however; unlike the City and Explorer models of the range; the top tube is present here and does not drop much anymore; so we will only talk here about the Low frame; not the Open frame It is still possible to get on the bike from the front of the saddle instead of stepping on it; but it requires a bit more flexibility.

Like all other iSwan models; and unlike O2Feel’s Vog models; the Adventure Boost 6.1 hides its battery in its frame. Its down tube is oversized for this purpose; the battery is inserted from below. The design remains harmonious and avoids the massive appearance of some electric bikes thanks to the work of the volumes of this hydroformed aluminum frame that gives it a very geometric appearance.

The finishes are neat too; with polished welds on the head tube and fairly discreet at the other connection points on the frame. In any case; the bike looks great in its “deep black” color; enhanced with small touches of red for the brand logo and the interior of the chainstays.

Typically off-road; this iSwan opts for a slightly curved handlebar to offer just the right amount of the dynamism of the riding position. In fact; the bike is more designed to chain the kilometers than to evolve in the city while keeping your back straight. However; the tilt of the stem is adjustable to raise the handlebar and straighten the position a bit.

Used on many Pedelecs; the Suntour Nex suspension fork reduces shock to the arms. It’s not a miracle on cobblestones; but its 50mm travel can still concur the holes and potholes of a degraded road and that’s all that is required of such a bike.

Most of the work is done mainly on the very good 27.5 “x 2.1” Schwalbe Marathon Plus tires (ETRTO: 54-584); here in an MTB version with slightly larger knobs. MTB tires; therefore; which are inevitably less rolling than road models; but offer better grip on the road.

In the forest; the bike holds the road well as long as you avoid excessively greasy terrain. Like all Marathon Plus series tires; according to their manufacturer; they offer the best puncture protection in the range and great durability.

Despite its rather adventurous vocations; the iSwan Adventure Boost 6.1 enjoys a good seat with its Royal Lookin Moderate saddle with gel pads. A saddle designed for women; but that can also be found in a men’s version (longer; narrower) In addition; it is mounted on a suspended rod; which guarantees good absorption of holes and blows. It certainly loses a bit of pizzazz for pedalling; but for day trips it is appreciable. Heavy rollers can opt for a slightly thinner saddle. 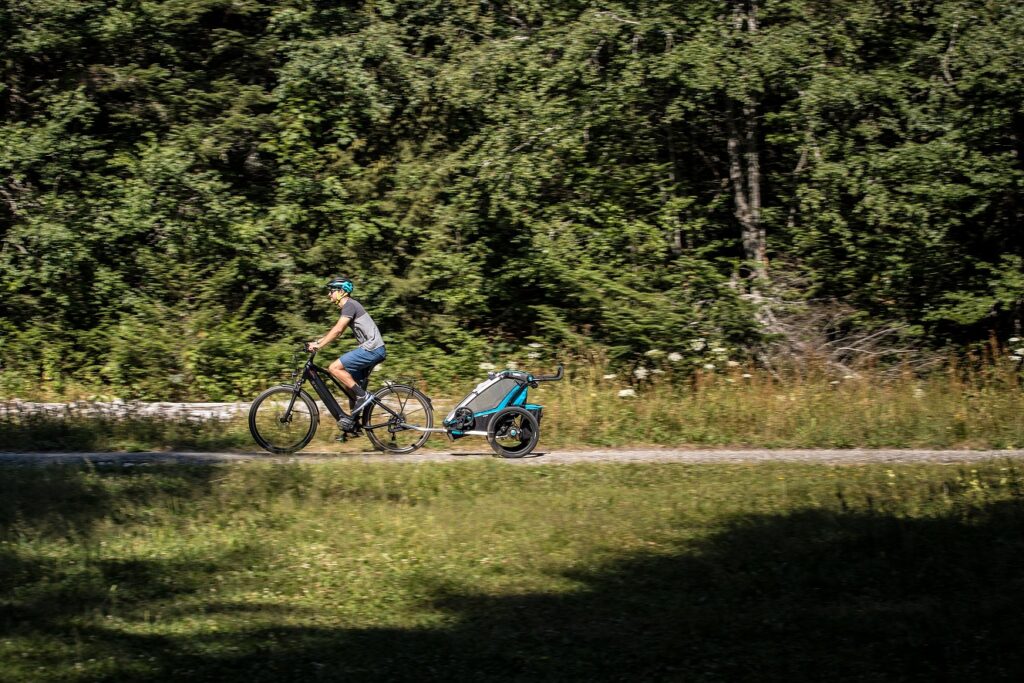 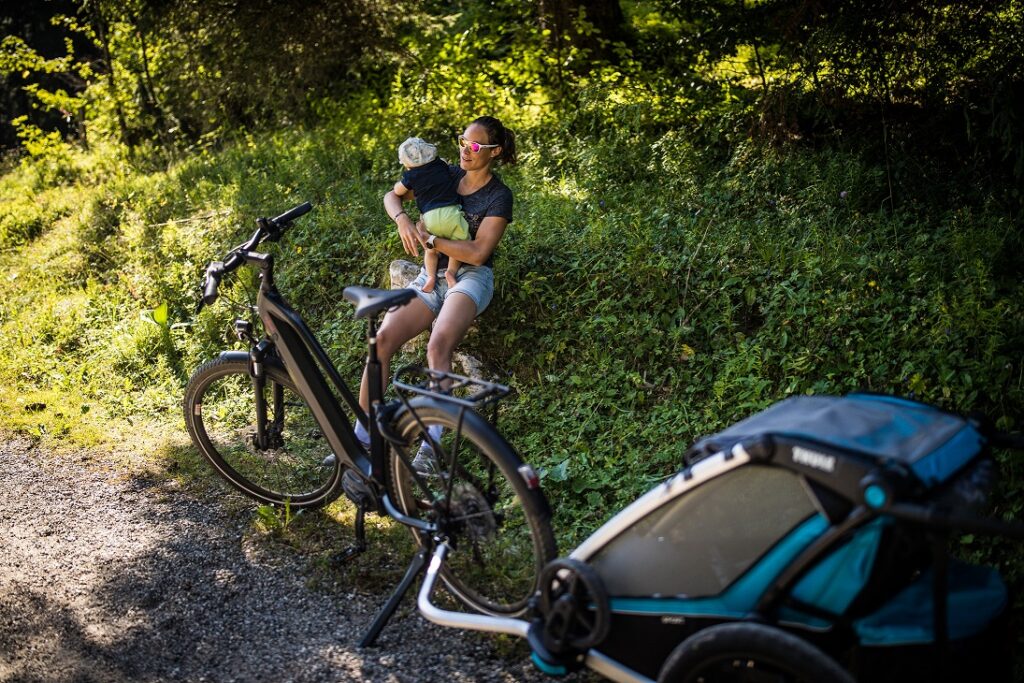